Apple has FaceTime, and Android has hundreds of thousands of free apps to make video calls, leading with Google Hangouts. But, besides that, the online market brings us the most exciting and advanced apps to share memorable moments of life with family & friends; using audio/video calling from smartphone or tablet.

With a Wi-Fi or data connection, the apps offer free calls, chat room, stickers, and many other functions that will make your experience more fun.  Here are 6 unique options to make Audio-Video Calls between iPhone & Android for free. Let’s dig deeper!

Nimbuzz is quite popularly known for its consistent performance and forever availability. It has been around for a very long time but never loses its unique connection to its users. During video conferencing, you can communicate with your contact via video, with image & sound. Simultaneously, you can also send text messages during a video conversation. This feature is amazing; because it allows you to see each other on networks that restrict access to VoIP calls and services (mainly used in video conferencing).

How To Send Text Messages, Use Emoticons & Transfer Images?

Sending a text message is easier than ever! On the conversation screen, simply Select the text field at the bottom of the screen. Type in your message and press, the Submit button.

On the right side of the text field, you can pick & send emoticons, if you click on the image of a smiley face; where it opens a list of emoticons that you can add on to your conversation. On the left side, the image of a clip represents attachments. Using this, you can send a photo to your contact, either a current photo saved in Camera roll, or, an existing photo of yours in the Photo Gallery. 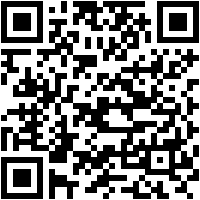 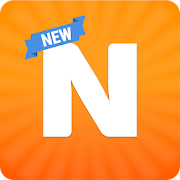 The OoVoo video calling service is another quite popular name. Like the Facebook Messenger, Oovoo has implemented the technique of multiparty calling that allows you to chat with, up to 4 contacts on video conferencing. The new update release by the company behind the app has made this feature available for both, Android and iOS app versions.

What’s New In This Update?

In this update, the company has promised on an integration with Android to allow the app to access the contact list saved in the smartphone. Additionally, you can create a widget to display missed calls, chat sessions of your connected friends, right on the Home Screen.

The app update also brings other interesting and user-friendly features, such as text chat integration during ongoing video calls, push notifications, video calling history search, group messaging and High-Quality video streaming. On Apple devices, the update is only supported on iPhone 4S, iPad 2 and new iPad devices. In Android, the update is already available for some devices but, it is will be available gradually to other models. 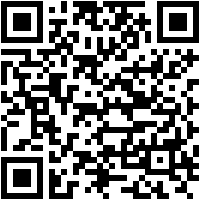 Imo is renowned for its feature-supportive platform. With Android and iOS versions, the app can also be used on tablets, smartphones and desktop PCs. Its function is ideal for communicating better with friends & family.

Imo is a lightweight application. A large pink button on the main screen allows you to record short clips and send your contacts. Inside the conversation option, there are two camera icons: the one located at the top of the screen is to make video calls, while the one located in the text field is to make a video recording.

The call quality of videos on Imo are more than satisfactory, and also, the voice calls. Imo has a huge collection of Stickers. You may miss the classic emoticons, but the GIFs are so diverse that they will keep you distracted. Another fun feature is writing with a paint brush in red, yellow, green, blue and black.

Besides these functions, you can attach images, but it lacks the option to send other files, like documents or powerpoint. The app has the advantage to make video calls in group chats & you can only invite friends to Imo via SMS.

With Oncam you can send gifts to a call and a lot more.

UppTalk serves as a communication app for Android and iOS devices, capable of integrating people even without the program installed. UppTalk is a versatile solution & offers pretty cool features. Viber is one of the famous apps in the world, only for the right reasons. Regardless of which smartphone you use, old or new, as long as you are connected to the Internet; you can take advantage of the free messaging & calling offered by Viber.

Some of the features available in the paid version:

Hope you got some of the apps to make free video calls between android & Apple iPhone. Let us know your suggestions in the comments section. If you liked our selection, then share the article among your circles.