Every smartphone user faces data loss unless you have a solid backup to rely on. We know, it is really tormenting if you had lost precious images, videos or messages. Backup is a crucial way to get your keep files safe if anything goes wrong with your phone. The caveat being it takes time, if you had tons of personal stuff then you would face hard time to get through. Luckily Android has come a long way, there are many best backup apps available for Android phones, which backups and restores your data in just a matter of clicks. Let’s go through some of them, shall we?

Being the great developer’s product, it gets things done, it was developed by the CyanoworkMod team. The team behind the CyanogenMod ROM, which was a stable custom ROM. The brings backup and restore option to messages, call logs, applications (app data for some apps). There is a desktop client available for Windows, MacOS and Linux, head over here to download. Before you backup to your PC, you need to install the Android ADB drivers (or any manufacturer’s drivers) or else it might not work just head over here to download the universal drivers.

There is also a paid version of Helium app, which brings quite a few features, either you can choose the internal storage or any cloud based one (Google Drive, Dropbox & OneDrive) to backup your data. Also, the ads will not pop up in the paid version. One of the best thing about this app is it doesn’t require any root access. Unlike other apps, it backup apps data without the need for any root permission, but it is limited to few apps only as of now. Overall, a better backup app for Android that gets the jobs done.

My Backup is another great app that is specially designed by the Rerwaredeveloprs, to backup android phones that haven’t got the root access. It is a quite older member, with one blowing feature; you can easily backup your android phone remotely without the need for your device. To use the remote backup, your smartphone must be connected to the internet. This is going to help you to a great extent when you lost your phone thought of privacy risk. They log in to the official website and download the backup and format the phone remotely, doesn’t that great? Yes, it is.

Another new option in this app named migrates through which one can easily move from one Android phone to another.

It is enough to backup all your personal files as well app data to the cloud and restores it as well. But the storage is limited; you need to move from free to Pro to get unlimited cloud storage. With the pro version, you can backup all your data and even that not included in the free version, i.e., SMS backup. If you are an Android power user, at least once you come across the Cheetah Mobile developers apps. Among them, CM Security is familiar one that everyone should own to optimize their smartphone, even this developers had many of their contribution to the various apps category, i.e., App lock, CM browser.

They have built the CM backup, which is another great product that changed the way we perform the android backup. Being the result of the great app developer, CM backup stands out with its unique features. Among them, cloud storage is the most efficient one that you can take into consideration. Best part it doesn’t require root permission (superuser) to backup and restore.

CM backup provides  5 GB of free cloud storage to backup your files, and you can access when you need it. You can easily backup all your photos, videos, call logs, events, notes, calendar records, reminder and heck other things to the cloud and you access instantly. Even you can access your saved data on your computer to manage it before you are going to perform the restore. 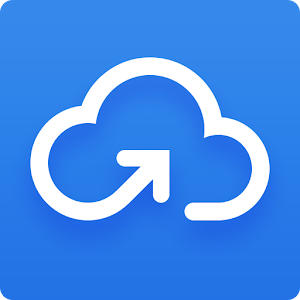 Being the best app to backup Android, Ultimate Backup can help you to the great extent to get your data stored securely. Unlike others, Ultimate backup can easily be customizable and unclutter user interface and UI makes it appealing from the users perspective. Being the free Android app, you can easily backup your photos, music, video, apps and its data and other things without any necessity of root.

It is easy to the backup android phone with the ultimate backup app. All you need to do is install the app, and few taps do the work for you. Ultimate backup another best Android backup apps that do the job pretty remarkable, without annoying you. 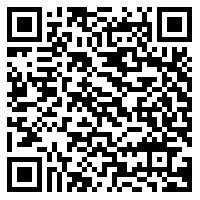 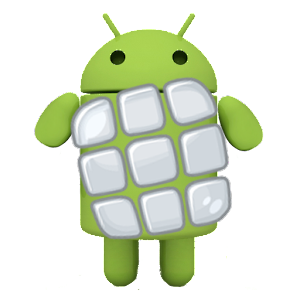 Avast is another great name in the software industry, they not only meant for the security apps hey even have the battery saver android app to help out of the Android users. Being the product of the well-reputed company, Avast Mobile Backup isn’t an ignorable one.

But Avast Mobile Backup and Restore isn’t entirely free though in the free version you can backup all the regular things like SMS, contacts, logs other things. You need to have the premium subscription to get access to backup all your videos, pictures, apps that are around 20$ per year.

Although, it not essential to have the root access to install the Avast backup app. it is recommended to root your Android, to backup your app data and other necessary files that require superuser installed. As per your choice you backup your Android smartphone’s data to the cloud storage (Avast Servers) or SD card or even install the avast software in your computer and install the best android backup apps to PC.

Yes, we have arrived with core app to back your android phone which require solving your backup problem. Although the user interface is not up to the mark, it is quiet clutter. But I love the way Titanium Backup works; you need to approve the super user permission to this app, to make most out of this.

Many of the users triggered me the same question that What does titanium backup do? Here is the answer. With the Titanium backup, you can damn quickly backup all your smartphones personal as well as private files that include the Android apps with its data.

Many of the newbies face somewhat difficulty while performing the backup through the Titanium backup, if you have the little amount of tech knowledge and patience, it is the breeze for you.

Easy Backup and Restore is a semi-root access required an android app that does require the root permission for app data backup. Well; if you don’t have any root access then still you can backup apps, SMS, MMS, images, videos, music and restore them as you need. Suppose, if you’d rooted your phone you could schedule the backup, restore timely.

As a storage, you can backup your content for cloud storage services like Google Drive, OneDrive, DropBox or even your memory card. You can view the content and batch the restore as well (root needed). 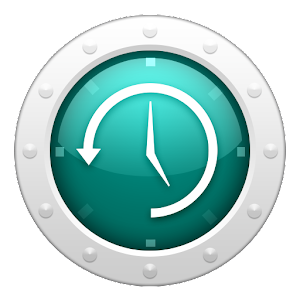 G-Cloud is one of the pioneer Android apps for migrating from Android to iPhone or vice versa, along with the cloud backup service. Initially, you’ll get 1 GB of free cloud storage to save all your files and restore from there itself. With the high-end security (SSL with 256-bit encryption) all your files remain safe and secure from the hackers attack. You could backup messages, images and everything else on your phone ( some of the files needs root access for backup).

If you scheduled the backup, it would automatically backup all your call logs, messages, and others things at a particular time. For free it does the job extremely well with plenty of features enabled. Super Backup is a dedicated Android SMS backup and restores app with some cool features. It would backup and restore apps (with download links from Play Store), messages, call logs, internet history and bookmarks (won’t work on Android M), and others. By default the backup would be stored on the phone’s storage, you have re-enabled it or move the backup folder to the memory card.

It does have the automatic back and restore supports; it would automatically backup all your files to the Google Drive. For batching and app data backup, you need to have root access. It is a simple yet acoustic Android app to backup all your files to the cloud storage services like Google Drive, DropBox or directly to your smartphone’s memory card. Further, you could schedule the backup or perform manually within few taps. It doesn’t backup app data, even if you’d root access ready. Apart from that it backup everything on your smartphone.

We’d revealed some of the best android backup applications that don’t cost you any penny, as far as you ads wasn’t a matter of concern. Over to some of Backup Apps For Android,

Owning the Android smartphone is not the big deal, having the best backup app for Android is a great deal. No matter which Android phone you are handling, you need to schedule the automatic periodic backup to get your data easily accessed when you lost.

Do do this, you need to have the best backup app for Android phone, so we have curated the complete list. That’s all for today regarding the best android backup apps 2016, and it is recommended to bookmark this page for further updates we make.