Everybody loves bringing a change, starting with your device. Of course, the users might feel mundane over the Android UI, using it for a long time. Trying out another platform via launchers is the best way to make the device appealing to use. This has to be done with the help of third-party software. Suppose, if you need iOS UI, you can make use of Apple iPhone launchers for the Android phone to put that into action.

There are a lot of launchers that can use the Windows, as the theme, but these are the launchers that are dedicated launchers only for the Windows. In this article, we would me suggest the users the best Windows launchers for Android 2017 that will surely revamp your smartphone UI. Let’s dive in!

This android launcher allows the user to experience the Windows 8.1 Theme, and it does a great job in making the best out of it. The tile feature is really good which is the best feature of the Windows 8 OS. Launcher 8 WP style gives the user a good hold to customise the theme with a lot of customization like changing the icon size options, lots of image choices, icon settings, binding icons, wallpaper settings so that you can make a very efficient and beautiful continuous home screen.

This launcher would even let the user customize the notification and even the lock screen just like in the Windows 8.1. Even the Launcher 8 Pro is available for purchase for around $ 4.34, that doesn’t display ads and will come with extra features. It is available in both free & pro version check it out below. 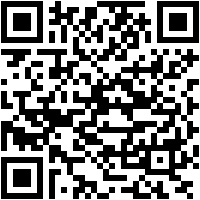 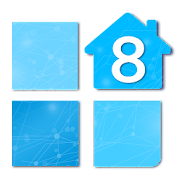 Metro UI Launcher 10 is a launcher which claims that has been inspired by Windows 10 to create this. The launcher has a unique Metro design that even provides the sidebar for quick access to certain apps. They call it a Charmbar that can access it by sliding on the home screen your finger from the right screen edge to the middle of the screen. Then the Charmbar should appear on the right side. It just works like a standard launcher, so the installation is pretty much the same.

Here is the catch, this launcher has a pro version (Paid version) which means that the free version has limited features. Limited features include the personalisation, which stores back to default settings after 5 minutes and also display ads. The paid version is roughly around $3.61. Win 10 Launcher is also another Windows 10 launcher. The launcher allows the user to add up to 3 icons tile in a row along with interchangeable size options just like the other launchers. A unique feature which could be seen in this app is the taskbar that could be found on the bottom of the screen just like in Windows 10.

The icons are legit and could be used even in small screen displays as the icon are legible in view. Clicking on the Windows icon will bring a sidebar that shows the list of apps on the device and the name could be typed for quick access. The icon in the launcher is comparatively larger than the other launchers. For getting rid of the ads, the user must purchase the Pro version which is available for around $1. 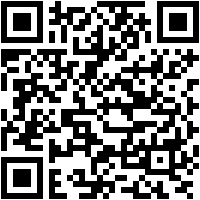 This Home8 like Window launcher is just like the other launches mentioned above but comes with a few of its customization. They bring in more customization with the color and theme. The launcher comes with the live widget for News, Facebook, weather, stock market, etc. which includes Gmail, Twitter, Calendar live tiles, and many additional features are available in paid version prices at around $2.21.

The tiles are realistic in look and gives a vibrant color touch that could be enhanced through customization. Home8 also provides a tablet mode, which could be experienced in the landscape. Launcher Packs 15 HD theme which the user could make use of it. 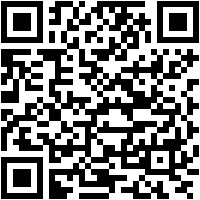 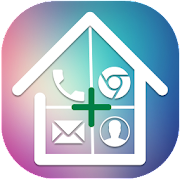 8.1 Metro Look Launcher as the name says it a launcher based on Windows 8.1. To the amusement, it gives a great look which looks exactly like the Windows 8.1 which includes the swiping left to get the app tray. Has lots of features just like the other apps listed above like long press on the icon to change its size, customizing tile color, Smoother UI, etc.

These launchers do not install the Windows OS on the device, but bring the appearance alone to the device. The main purpose of using the launchers to give a Windows feel is that to make the user forget that he/she is using an Android device, that’s where the real success of the launcher stands. 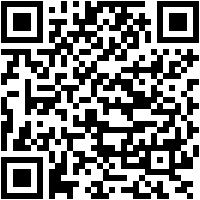 If you are a avid Windows user, I bet you might gone through the ever green Windows 7 update. It’s the time to revisit the Windows 7 experience using your Android smartphone, no I you don’t any custom roms or anything apart from the launcher itself. Just download the launcher and get going with the appealing UI.

Unfortunately, windows 7 launcher is not available in the play store, you have to side load the app by downloading the apk file. You can get it by the link below.

As per the personal views and experimentation, the above-mentioned windows launcher apps does give the best feel of the Windows interface without actually installing the operating system into the device. The ratings and the total downloads, data have been written at the time of this article being published.

This article is fully based on the personal review over the launchers if there are other good yet best Window launchers for Android 2017 in the market, please leave a comment below. Have a great day. Sharing is caring, isn’t it? Feel free to share with your friends and relatives.