After the release of Google Pixel in last month, it made the iPhone users think twice before they move on to purchase one. It doesn’t mean the lack of headphone jack in iPhone 7; Google Pixel remain as the hands-down best camera smartphone one can buy if money isn’t a matter of concern. Not only camera, but Google Pixel also outperforms most of the android smartphones regarding fluidity, appealing user interface, and familiar Google Assistant. The user interface is something most of the folks’ notice, but most of us can’t afford the flagship devices as it would be outdated within a year. As new smartphones are reaching the market in never before pace, you would have at least run at that speed.

Let’s back to the Pixel UI; it seems to be overwhelming to get hands on the Google Pixel launcher. But only thing might be an ideal reason to get the Pixel. Though you will get tons of android launcher apps on the Play Store, as long as the Pixel stays in the honeymoon period, we tend to get attracted to it. You can easily get Google Pixel Launcher and icon packs for Marshmallow, Lollipop, and KitKat phones without rooting or spending a dime! Let’s dive in!

Technically speaking, you would only get the icon packs and some transition effects only, since it’s exclusive to the wealthy Pixel owner; it may not launch soon to non-pixel owners. Follow these steps to get started,

Which is one of the best Google Pixel icon packs for the non-pixel smartphone It’s free and appealing to have; it only provides you the icons, not the entire android nougat environment. Best part, you don’t have to jailbreak or root your device to get this app. You can get for free from the below link, 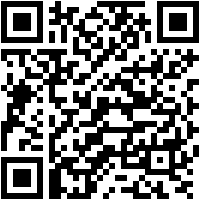 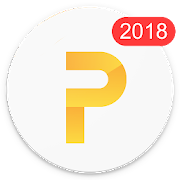 Voila! You have Pixel icons on your mobile phone. Now go ahead and set any Pixel wallpapers, or browse our gallery of Hd 1080P wallpapers. By the way, you can also install the compatible launchers which you would when you tap apply.

The Nougat launcher or user interface is only available for the Android launchers, not available for iOS or any Windows launchers. The integration with Nova launcher is seamless; we had chosen the Nova launcher. If you configured this setup with the lockscreen apps, you are ready to go!

With Pixel Launcher – Free Nougat UI, You Can,

Since this is the newly launched android app, some icons aren’t available yet. If you find any app icon wasn’t perfect or found, you can request the icons from the app itself. Best part, it has covered a wide array of apps irrespective of the category.

So for most parts, you don’t have to request unless you need a revision to the existing icon.

This app also lets you download and set the hundreds of Android wallpapers. Most of them are stock android wallpapers of Google Nexus, Pixel, and other smartphones. But still, leave a lot to grab on your plate. Moreover, you don’t need any third party apps to download the wallpapers anymore.

Before And After Applying The Pixel Launcher,

Before & After Pixel Launcher

You can see the clear difference in the icon style and the fonts. Also, the icons packs and the launcher application doesn’t hinder the smartphone performance. You will get the full potential of what your smartphone can. If you download and install Google Allo, a smart assistant pixel smartphones are known for. It would be better. If you need you can also check some Apple iPhone launchers for Android.

Have You Got Pixel Launcher?

Since the Google Pixel Launchers & Icon packs are exclusive, it’s a tedious task to replicate the user interface without any official move. Luckily, there are quite few Pixel launchers available for the non-pixel owners which would almost clone the phone made by Google. Anyhow, let’s wrap it up by saying you won’t get the in-app menu with the tap or tap the homescreen to launch assistant and others. For free, we can’t complain anything.

What do you think about Google Pixel Launcher? Let’s know in the comment section below.