Rooting smartphones is more than a curiosity. For some, rooting is the only way to get the best out of their smartphone. Often, you do not find the tools to enrich your device’s performance and usually settle for what we have.

But, then again, you often wonder what steps to take once your device is rooted?! The truth is, without the right Apps, it is not much you can do! If your device is not rooted yet, then check out our guide to root any android phone to get your device rooted. Check out our list of top cool root apps for Android Smartphones in 2017.

Best Root Apps For Android To Make Most Out Of It

If you like listening to music or watching movies & clips on your Android device, you’ve certainly wanted to raise the Volume beyond the limits set in ROM. With this module, you get rid of it.

Unlock all restricted apps from the Play Store. You can view and download many applications that devices reserve, for larger or smaller screens.

A feature inspired by a similar function of OmniROM, which in turn came from the devices of the Note line. With this module, any Android device will have the option to simultaneously view (and use) two applications on the same screen, which splits in half.

You may remember this feature on older devices, where when you clicked a button longer, even with the screen off, the flashlight came on. This module integrates handy function with your Android device.

It is suitable for people who like to perfect the design of their handset; it’s nice to get away from the conventional Android standards.

It’s simple but very effective! It is useful when you want to record that is a little far and needs zooming. However, the lack of clarity on zooming doesn’t allow you to take a clear picture. GoogleCamX it uses the volume buttons as zoom buttons when the Camera mode is active.

The Multitouch gesture is very useful. It optimizes the system and makes you independent of the function keys. You can program the gestures as per your wish and make the phone easy to use. Also check, some of the compass apps for Sndroid to explore the world! It is very useful, it helps in the optimization of the system, causing you to leave aside the function keys, works with the movement through gestures, that is, facilitates usability in the middle of the run, because You can program what some gestures will do.

Finally, you have an Automatic Tool for Android and its name is ‘Tasker.’ Tasker supervises pre-existing conditions (from device orientation to location), and when they occur, it can do anything from opening applications, changing system settings, sending SMS messages, or you can even make it speak out loud if you please.

Tasker App Factory is an add-on for Tasker that lets you create workflows, export them as standalone Android apps (APK files) & even send to friends for their use. It can be shared on the web, or even posted on Google Play Store as a standalone app. In fact, combining Tasker with Tasker App Factory makes it much easier to create specific types of Apps for Android instead of developing them from scratch. With the App Factory, anyone can install their workflows as if it were an Android app and used it.

Some of the features are:

Use DiskDigger to recover photos, videos, and data lost in the system. On mobile devices, DiskDigger requires root access to the network to scan all available directories, rendering it useless on “non-rooted” devices. However, given its efficiency in finding lost data, it can be a significant incentive for users to unlock their Android.

The software supports dozens of audio, video, document, and DLL extensions in Windows. The Android app supports only PNG, JPEG, and MP4 in the free version, & the remaining formats are available in DiskDigger PRO. DiskDigger can be very useful especially when important files delete accidentally, or when a system crashes, & the user has not backed up their information. It’s an Android app that scans all the wireless networks already connected by your device and picking up your passwords. Through this, it backs up to the memory card and from this file, restores all in a new handset.

If you only want to view the password for a particular network, you will not have any problems. As soon as you access, it will show all previously connected, with your keys. By clicking on one of them you can copy to the clipboard, send by SMS, email or others, and generate a QR Code. 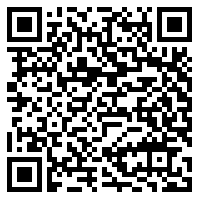 It will improve the performance of your device and save battery. The app uses a hibernation method that you use less, so they do not work in the background, although they are accessible at any time. Greenify, hibernates the apps and only blocks them from working in the background.

To use, just open Greenify and choose which apps you want to sleep automatically. We recommend that you choose apps that do not send important notifications to you because, after hibernation, they will not send any information if they are not open.
By selecting the apps you do not use a lot of, Greenify can help you improve your smartphone or tablet’s performance and save battery. Make use of task killer apps to terminate the process you no longer need.

Build Prop Editor, allows you to change screen density, the search range for WiFi networks, battery settings and more. Including, some functions that make it impossible to use the device if they are wrong.

Force the launcher into memory to open faster: Titanium Backup is one of the best tool for backing up your Android smartphone. The application saves apps, personal data, and documents of any kind, even if they are on micro SD cards. The app itself can also do the restore.

Titanium Backup offers several options for you to do this through the “Batch Actions” menu. First, “Restore missing apps with data,” will replace all the content that is missing on your device after the backup. Second, “Restore all apps with data” will overwrite any existing application in previously created backup versions. Other functions,

After the first backup, you only need to back up the recently installed or updated apps.

Performing manual backups at a frequent interval can be exhausting and easy to forget. Therefore, Titanium Backup has a Scheduled backup option, which lets you schedule a backup in an interval of a week, a month, or any other period.

If you take sound quality seriously on your rooted smartphone, then Viper4Android FX is the best choice for an app. Its key features are EQ mode settings, bass booster, optimized speaker output, and Audio System Settings. Some applications store large files on the internal SD card (e.g., games, podcasts, photos, videos). Typically, users save all the downloaded Apps from Play Store into phone’s internal memory. FolderMount is the solution to linking folders from the device’s internal memory to external SD Card. It helps free space and has multiple games/applications with high volume of data stored at the same time without the need to uninstall. If you want to boost the graphics of your smartphone, then GL tools can let you change the resolution and color density. GL Tools is compatible with any model that is part of the second generation API and has x86 hardware from Intel. 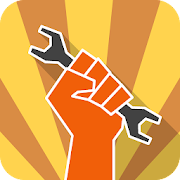 Unfortunately, there is no easy way to recover the memory they occupied, but you can remove them to reduce battery consumption and CPU work. System App Remover is an excellent tool for this.

App Ops is an Android application allows you to manage App permissions on your phone, whether you have access to device features such as camera, contacts, and more. Lightweight and easy to use. It’s free and also runs on any Android 4.3. However, it needs root access to work. You may be able to install it but can’t use it unless the phone’s root access is enabled. If you have a rooted device, you will need SuperSu. It is a “must-have” after acquiring root permissions. Overall, SuperSU manages apps that have authorized SuperUser permissions, but App has many other functions.

If you have ever missed out on downloading a latest app or a game due to your phone’s internal memory issues, then SD Maid is here to clean up some space in your internal hard drive. With root access, SD Maid takes control of all the remaining files and folders after you erase data. It comes with a file manager, a search tool, and app management options, clean up great space in your device.

With ROM manager on your side, you barely need another app that will take care of your phone’s architecture. It does so many impressive things once granted root access. Some of the features include backup, partitioning, updating smartphone, installing files from QR Code, several more! 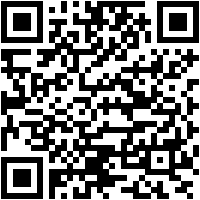 Also, there are few more amazing root required apps like Lucky patcher ( which is not available in the play store, click here to get the apk ), Root Checker, and others.

When you make an investment on a smartphone, you want to get the most out of it.  If you have favorite best root apps for android 2017, or if you have used one before, share it with everyone in the comments down below and spread the word around your circles!

Hope you found some cool apps for rooted Android phones, if yes feel free to share this information with your friends & relatives, this really helps the website.