It’s amazing what Android smartphones can do these days, isn’t it?! An Android phone is, pretty much, a powerful computer, situated right there, in your pocket, wherever you go. Things are so much easier nowadays when you don’t have to be near a desktop computer, or even carry your laptop everywhere with you in order to get some things done. We’re talking, of course, about sending emails, making some quick amendments in documents, but also several slightly more complicated tasks. And while we can use Android phones for a lot of work-related purposes, the opportunities are really limitless when it comes to fun and excitement.

People in Australia, and elsewhere, love playing games on their Android phones, and many Australians use their Android phone to play casino games. Android game apps are probably the best thing if you have some time to kill, whilst your waiting for something, community or similar. We are going to present you the top 6 Android time time-wasting apps.

First, we have probably one of the most popular games at the moment and, some would say, the ultimate time-killing machine. Of course, it is Candy Crush Saga. A small, yet incredibly addictive free game that has been downloaded on various devices by more than 500 million people and some estimates show that the figure is actually closer to 1 billion. Basically, more than 1 in 10 people play or Candy Crush Saga.

The game features hundreds of levels and is practically never-ending. The point is always the same, but it doesn’t get boring or repetitive. Released by King, this game is frequently updated, and newer and more thrilling versions are published on a regular basis. The current version is 1.71.0.3, and it can be played on any device with a 2.3 or newer Android version.

Casual games may be loved by a broader audience, but Strategy games have a lot of fans amongst Android users, and it has received almost 20 million 5-stars from a user on Google Play, from where it can be downloaded. Clash of Clans is currently the most popular Strategy game for Android. In this game, your goal is to build your own fortress and recruit the strongest wizards, archers, barbarians and other fighters that you will lead to an ultimate victory.

You can take part in epic battles against rivalling clans. This game was developed by Supercell, and the current version is 8.212.9. Your phone has to have an Android OS 4.0.3 or newer, and the game will take 59MB of space.

We all love a game of pool. Sadly circumstances don’t always allow us to play a round with friends. That’s why we have the 8 Ball Pool Android app, developed by Miniclip. This game has over 100 million fans and some estimates say that up to 500 million may be playing it.

You can play one on one matches, or even participate in tournaments with eight players. The latest version of 8 Ball Pool is 3.5.1, and it requires an Android 2.3.3 version or later. It takes up 34 MB free space.

Next, we have another game by Supercell, but this is a casual/simulation one – Hay Day. In this game, you build your farm, learn how to take care of it, grow your crops and trade with other people, using a lorry or a steamboat. You can also keep farm animals and expand your farm and even built your town.

In the latest updated version, 1.28.143, you can decorate your farm, and several other features have been improved as well. You will need an Android version 4.0.3 or newer and 74MB free space. This site has millions of players. Many joining because of the intoxicating to games that keep you playing for hours, days and weeks. 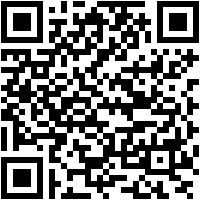 Fruit Ninja is a thrilling arcade game which has been around for five years. It’s free version can be downloaded from Google Play, and there’s a paid app as well. In this game, you are a Ninja warrior whose primary goal is to slash and cut pieces of fruit.

The game features several characters, and you can play with different dojos and blades. This takes up a bit more space – 122 MB, but it’s entirely worth. Fruit Ninja Free was developed by Halfbrick Studios, the current version is 2.3.4, and it requires a 3.0 or newer version of Android.

That’s it, now don’t let these games kill your time. Sharing is caring, isn’t it? feel free to share with your buddies.